Home  >  News  >  The Future of the NCAA: ‘The System Will Come Crumbling Down’

The Future of the NCAA: ‘The System Will Come Crumbling Down’ 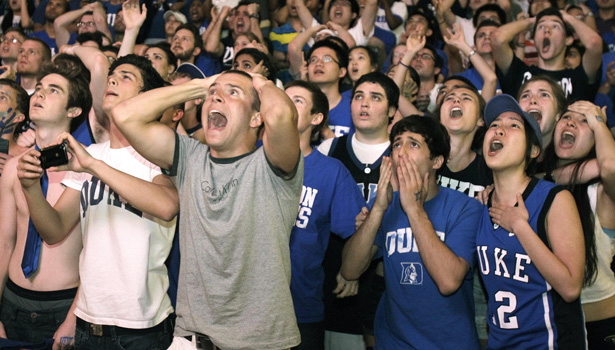 In “The Shame of College Sports,” Taylor Branch writes that the NCAA has “an unmistakable whiff of the plantation” and that student-athletes are denied their Constitutional right to due process. Agree or disagree?

How to Fix College Sports I agree with his assessment that the NCAA operates a paternalistic system in which the athletes have no rights and the coaches and administrators make millions of dollars through pure exploitation of outstanding basketball and football players.

I also agree with Mr. Branch that the courts will eventually strike down this “plantation system” and chaos will ensue. The players will win rights, Title IX will require proportionality for women athletes, and the whole system will come crumbling down. The NCAA and colleges and universities will then run to Congress for relief. This resort to legislative relief happened before, in 1978 when the US Olympic Committee was granted a monopoly over the Olympic Games by the Congress to end the feuding between the AAU, the NCAA, and the various sports governing bodies.